BAND MEMBER BIOS - Click on each member to read bio

7th heaven is an experience you just have to see and hear!
7th heaven has charted #1 on the Midwest Billboard Charts three times in the past three years.
The band has been heard on over 7 radio stations in Chicagoland with their hits:
“Beautiful Life”, “This Is Where The Party’s At”, Stoplight”, "Better This Way" and "Sing".

7th heaven has been an entertainment staple for 36 years.
Playing around 200 shows a year, with an average of 100 outdoor events,
7th heaven has earned the right to say ...
"We've seen a million faces and rocked them all!"

• Six Major Radio Hit Songs -"This Is Where The Party's At", "Time Of Our Lives", "Beautiful Life", “Stoplight”, "Better This Way" and "Sing"

• "She Could Use a Little Sunshine" used in Ziplock TV Commercial

• Recognized as one of the biggest independent bands in the world

• Packs venues across the Midwest U.S.

• 7th heaven’s music has been heard on MTV

• Six songs are in the film “Lizzie”

• One song in the film “Light Years Away”

• Seasoned artists that have performed with many major label artists: 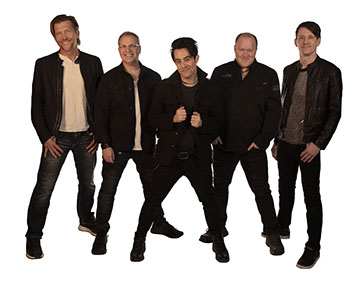 WE PROUDLY ENDORSE THESE PRODUCTS